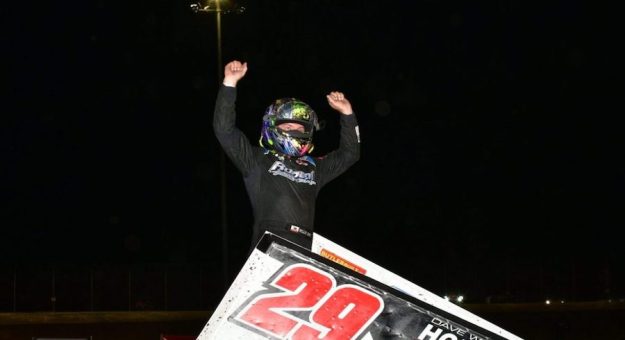 LEBANON, Ore. — A NARC Fujitsu General Sprint Car win has been a long time coming for Willie Croft. “I can’t believe it’s been four years,” Croft said. Croft led the field to green of the 30-lap Fujitsu Feature with Colby Copeland alongside. Croft kept his car glued to the tacky bottom groove as Copeland ripped the topside looking for a run in the early laps. On the restart, Croft pulled strongly ahead, and behind he and Copeland, Justin Sanders and Dominic Scelzi traded the third-place position before Scelzi finally claimed it. “It feels really good to be able to run with Scelzi, Sanders and Copeland, just all the guys who are so fast on a week in, week out basis,” Croft said. “I’m just happy to be up here in the Pacific Northwest,” Scelzi said.