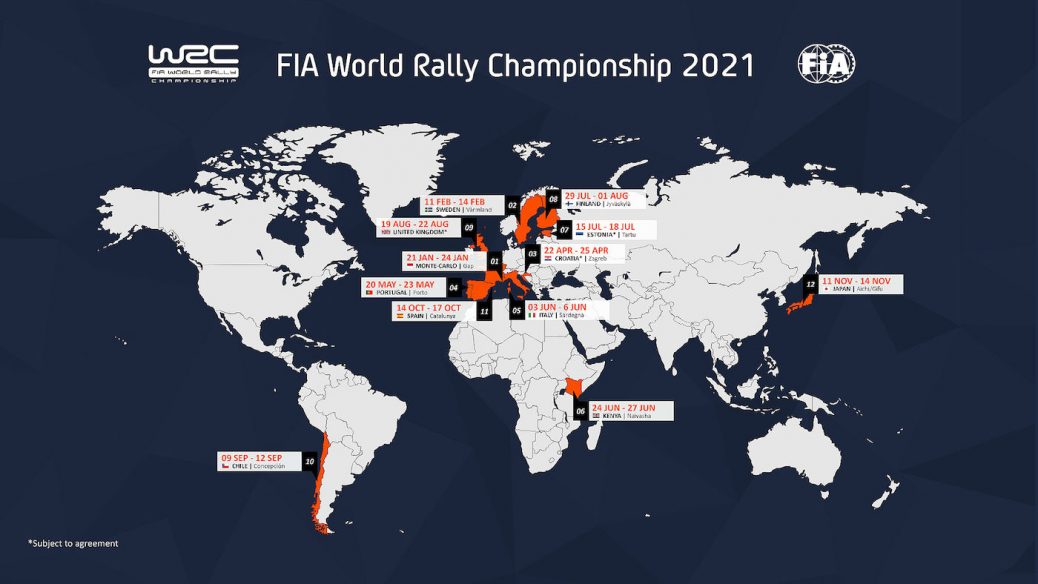 Croatia will host a round of the FIA World Rally Championship for the first time after being named in the 2021 calendar on Friday (9 October). Croatia forms the third round and will be held on 22 – 25 April. Japan’s inclusion, 11 years after the previous WRC fixture there, marks mainstream Asia’s first appearance since then. No rounds outside Europe are scheduled before late June and only a third of the 12 rounds will be held across the first five months of the year. I’m confident the 12 rallies chosen for next year will not let us down,” he added.