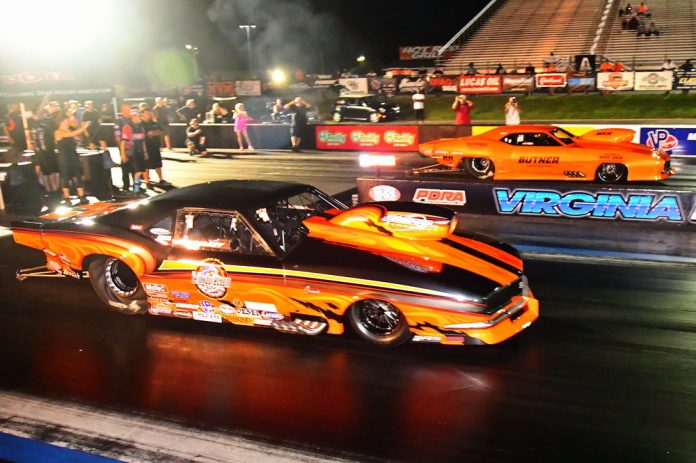 Cox Takes Down Halsey In Virginia

DINWIDDIE, Va. — Hard work and dozens of test passes between events paid off for Jay Cox as he took down defending world champion Jim Halsey in the Switzer Dynamics Pro Nitrous final round at the Professional Drag Racers Ass’n Proline Racing Mid-Atlantic Showdown Saturday night at Virginia Motorsports Park. 2 qualifying position by racing to the Coolshirt Pro Jr. Dragster final round, where she used a holeshot advantage to win with an 8.018 to Noah Cornatzer’s 7.967, both on a 7.90 dial-in. For the third race this year, a GALOT Motorsports entry went to the final round in Pro Boost. Driving his father John’s Kaase-powered Strutmasters.com ’13 Mustang, Pluchino grabbed a major advantage on the starting line and never looked back as he powered to a 4.079 at 177.14. Driving his home-built, ProCharger-boosted “Brown Sugar” ’18 Mustang, Essick knocked off low qualifier Ron Hamby in the final round. Even Elite Top Dragster defending world champion Kellan Farmer couldn’t stop Steve Furr on his undefeated run, which extended to three consecutive event victories after Farmer went red to Furr in the final round.