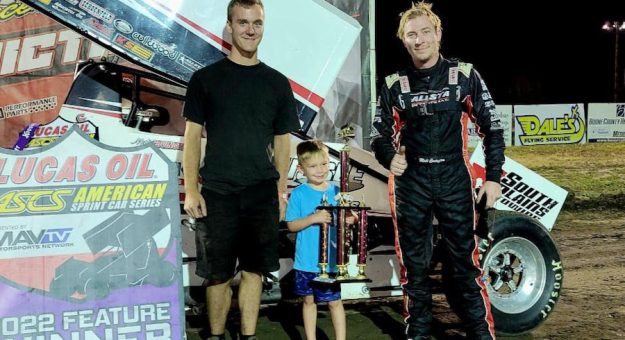 Covington Breaks Through In Nebraska

— Winning a dogfight of a race at Boone County Raceway, the debut event for the Lucas Oil American Sprint Car Series presented by the MAVTV Motorsports Network at the high-banked Nebraska oval, went to Matt Covington on Friday night. Chasing f Jason Martin from the start, Covington began moving his line to encompass the cushion at either end of the three-eighths-mile oval. Working into traffic at the race’s mid-point, Martin stuck the bottom with slower cars allowing Matt to close the gap. On lap 15, Martin went three wide with traffic, only to have the top clear for Covington through the third and fourth turns. Working all the way into the cushion as Covington cheated the top line, the fight for the lead was on with four laps to run. The point fell back to Matt Covington, who went unchallenged to a .501-second margin at the finish.