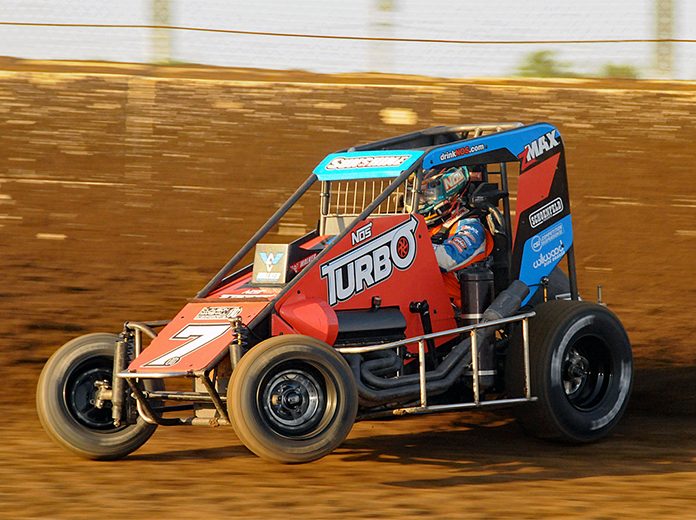 Courtney Back In The Groove With Another USAC Win

CANEY, Kan. – Tyler Courtney won for the second time in as many days with the USAC NOS Energy Drink National Midget Series on Sunday, collecting a victory in his debut at Caney Valley Speedway. Courtney admitted they had him in the first half of the race, but the second half of the 30-lapper was all his as he snared his. Courtney started third while rookie Kaylee Bryson led the opening lap after dicing it up with Thorson off turn four to head the field. “I thought we were done about lap 10 of that race,” Courtney professed. Kofoid took a run at Thorson for supremacy on a restart with 11 laps remaining. However, Thorson was able to thwart the challenge of Kofoid, who slipped back, while Courtney scooted to second past Kofoid on the 22nd lap.