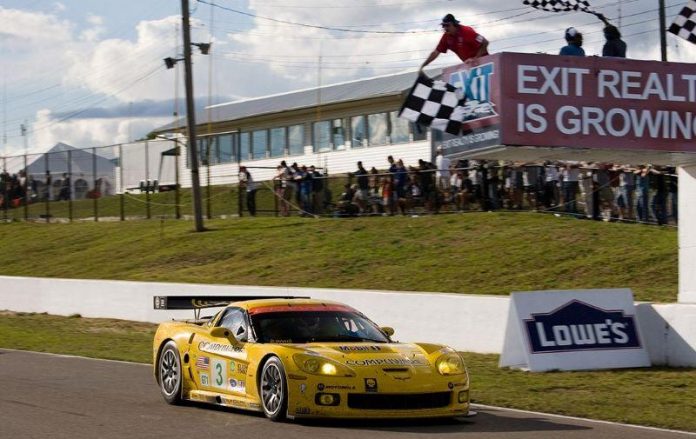 SEBRING, Fla. – Pierce Marshall and Matador Motorsports will bring the Corvette C6.R that won the GT1-class pole in 2007 for the 12 Hours of Sebring back to the legendary circuit next weekend for the fifth running of the Historic Sportscar Racing Classic Sebring 12 Hour presented by the Alan Jay Automotive Network at Sebring Int’l Raceway on Dec. 3-6. “I believe it was running in the Creventic 24H Endurance Series and raced in the 24 Hours of Dubai a couple of times. As far as I know, this will be its first visit back to Sebring since that 2007 race.”. 3 in his first full season start with Corvette Racing after initially joining the team as an endurance race driver. “There is no doubt that Corvette Racing has had remarkable success at Sebring,” Marshall said. 3 wore for all three of its race wins, but the 2007 Sebring race saw the Corvette adorned in a special Arctic White paint scheme.