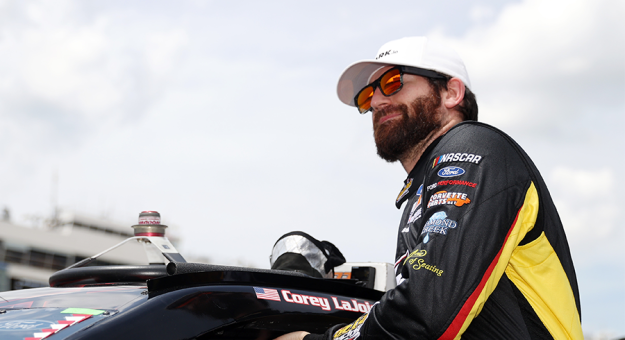 CONCORD, N.C. – Spire Motorsports has added the USO and The Coca-Cola Company as a sponsor for the 63rd running of the Coca-Cola 600 at Charlotte Motor Speedway. The USO strengthens America’s military service members by keeping them connected to family, home, and country, throughout their service to the nation. “This Memorial Day weekend, we’re proud to partner with The Coca-Cola Company, as well as Corey LaJoie and Spire Motorsports, to honor our military service members and pay tribute to those who sacrificed their lives protecting our freedoms,” said Brian Cowart, Chief Development and Marketing Officer of the USO, the nation’s leading military nonprofit organization. “The Coca-Cola 600 which is held on Memorial Day weekend, is a special time to bring racing fans together to recognize and honor our nation’s Armed Forces while bringing awareness to the USO’s mission of supporting those who have sacrificed and served our country.” Meanwhile, LaJoie will pay tribute to Lance Corporal Rylee McCollum, a United States Marine, who was killed in action on August 26, 2021 in Kabul, Afghanistan. “Representing the USO on Memorial Day weekend is a dream come true,” said LaJoie. “The Coca-Cola 600 is one of my favorite races on the schedule, as well as my home race.