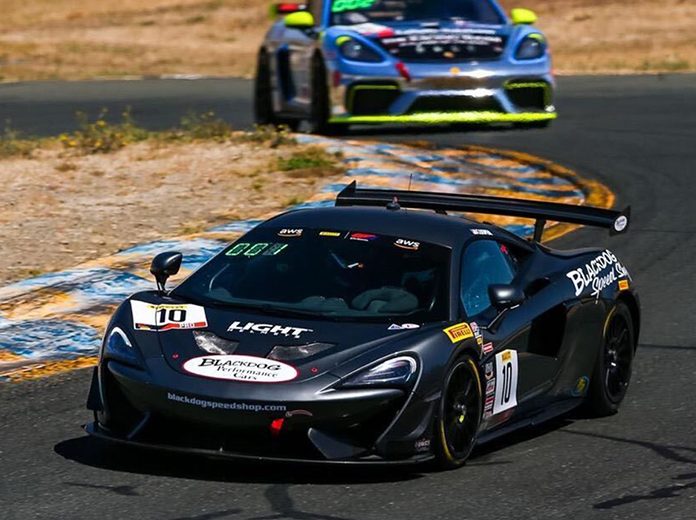 SONOMA, Calif. – Michael Cooper and Michael Dinan continued their Pirelli GT4 Sprint winning ways at Sonoma Raceway on Friday afternoon. Cooper won his third Pro division race in a row, while Dinan scored his fourth Am division victory in a row. Cooper attempted a drag race pass of Pumpelly around the outside of turn one, but Pumpelly effectively closed the door only to have Cooper come back to go side by side with him through turn two. Cooper was able to then slide by through turn three and into the lead. “I was able to cross over and make it stick on the outside of turn 2, my car’s pretty good on cold tires,” said Cooper after the race.