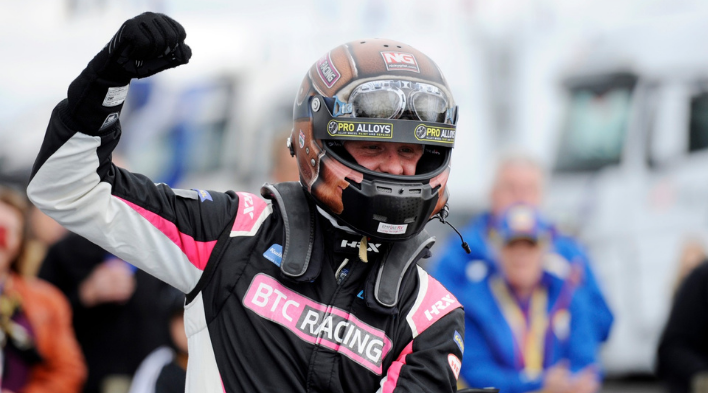 COOK TURNS UP THE HEAT ON TITLE RIVALS

Having become the most successful BTCC driver of all time at Thruxton following his race one victory, Josh Cook duly extended his tally by also winning the second bout. Jake [Hill] got a really good first lap, normally the rear-wheel drive cars struggle a little bit through the high-speed stuff in the first part of the race but he was just switched on straight away. Jake gave me just enough room, it would have been easy for him to run me out, but he gave me just enough racing room and I gladly pulled it off and then he just hunted me round for the whole race. If I’m honest, in race one, from a change overnight [the car] did the complete opposite of what we wanted it to do.