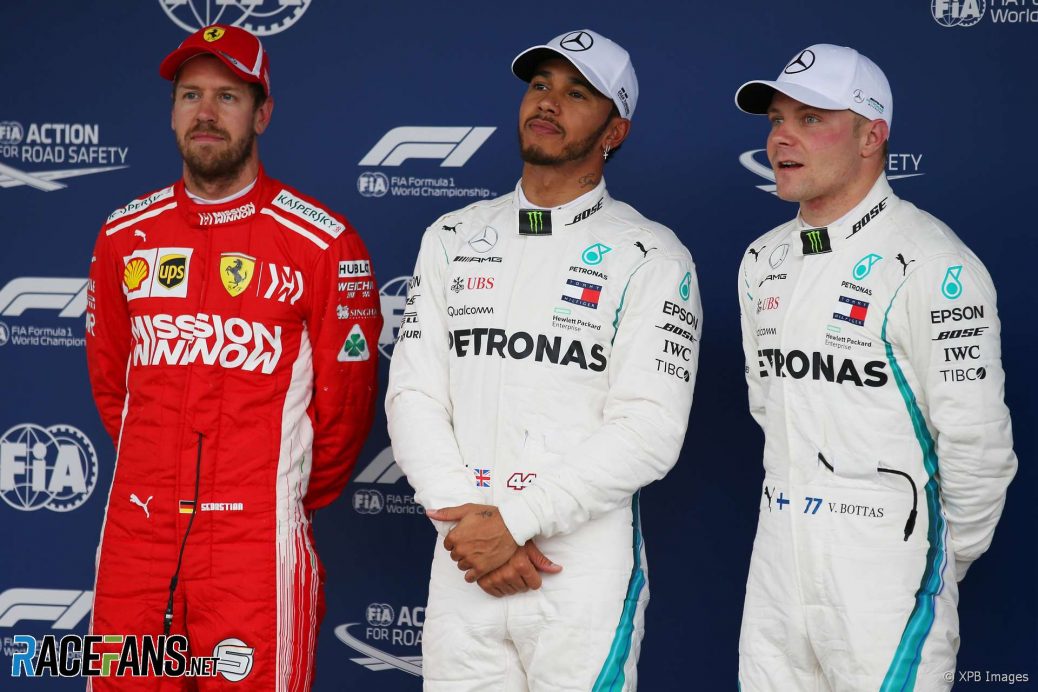 Lewis Hamilton broke the Interlagos track record as he claimed pole position for the Brazilian Grand Prix ahead of rival Sebastian Vettel.
Nearing the end of a lap, the Williams driver came upon Hamilton at the approach to Juncao.
Hamilton, going considerably slower than the Williams on the racing line, dodged left as Sirotkin approached.
While doubt hung over the status of Vettel and Hamilton following their earlier incidents, the former championship contenders fought as closely as ever over pole position.
The first runs left Hamilton ahead but tantalisingly within reach for Vettel, the pair both setting 1’07.3s.