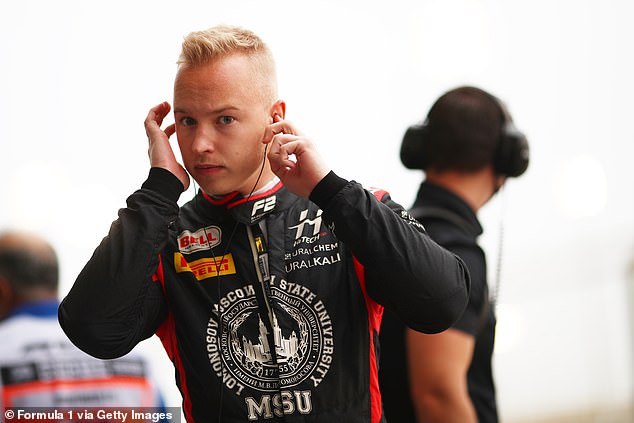 Controversial driver filmed groping his friend’s breast on a video might have LOST his new job as F1 driver for Haas, as he removes team from his social media amid talk bosses were worried about losing sponsors

Nikita Mazepin is in danger of losing his seat with the Haas Formula One team for the 2021 season. Following a video posted to Instagram that has since been deleted, concerns have been raised over Mazepin’s reputation for the brand and the team’s sponsors after he filmed himself groping a young woman’s breast in the back seat of Porsche. After Haas announced they would deal with the matter internally, Mazepin was quick to issue an apology for the video. ‘I am sorry for the offence I have rightly caused and to the embarrassment I have brought to Haas F1 Team. Mazepin is the son of billionaire businessman Dmitry Mazepin, who is set to invest heavily in the team following his son’s induction into the paddock.