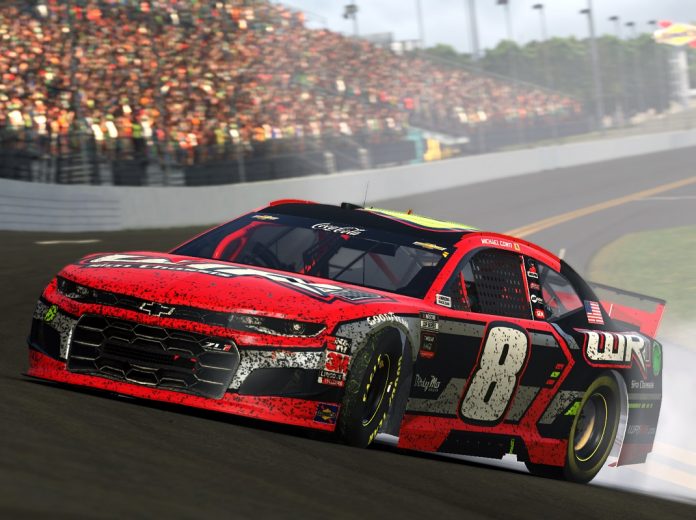 DAYTONA BEACH, Fla. – For the second year in a row, the eNASCAR Coca-Cola iRacing Series season opener at Daytona Int’l Speedway went caution-free, but it again ended in mass chaos on the final lap. When the smoke finally cleared, it was JR Motorsports’ Michael Conti – the 2014 series champion – who raced to the finish line unchallenged for his 11th career win and first at the World Center of Racing. In doing so, Conti became the 13th different Daytona victor in the 12-year history of the Coca-Cola Series. “I’m sure everybody saw it after the race, but I am over the moon with this win,” said Conti. I stayed in the back and then we’d get to the end and it’d be three by three and I couldn’t go anywhere,” Conti added. However, in the final corner, Guest washed up a half lane and contacted Clampitt’s Chevrolet, sending Clampitt spinning in front of the field as Conti snuck through down low and raced home to victory.