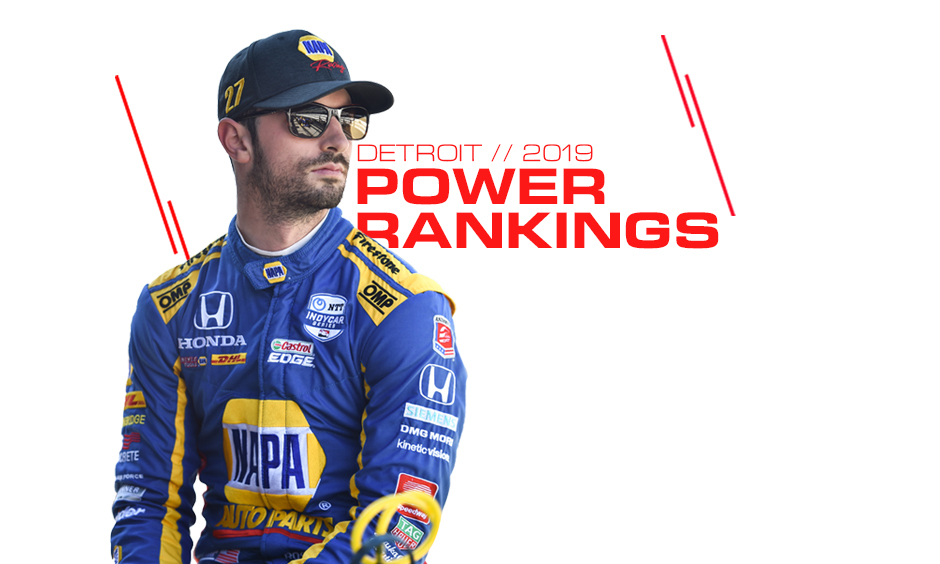 The most recent race (Chevrolet Detroit Grand Prix presented by Lear, Dual 2) is weighted the most in the rating and the oldest race among the four (INDYCAR Grand Prix) the least.
So, following the Detroit doubleheader weekend and heading straight into the DXC Technology 600 at Texas Motor Speedway, here’s a look at the top NTT IndyCar Series drivers:.
Alexander Rossi – How to top the Power Rankings?
That’s what Rossi did at Detroit.
Will Power – After the INDYCAR Grand Prix, Power was on the verge of falling out of the rankings that sort of bear his name.