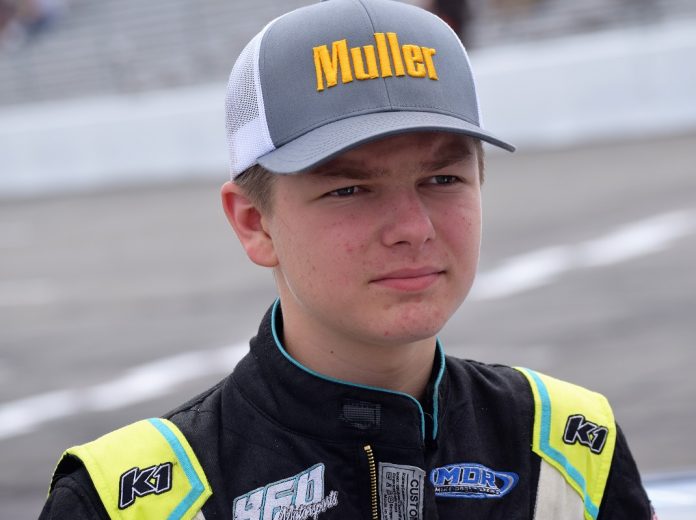 NASHVILLE, Tenn. – Conner Jones will take his first step onto the national motorsports stage with his debut ARCA Menards Series East appearance on May 8 at Fairgrounds Speedway Nashville. Jones is running the full CARS Late Model Stock Tour schedule this year and is looking forward to making the jump to an ARCA-style car from the late model stock cars he’s gotten used to running this season. “It’s definitely going to be the biggest stage I’ve been on,” Jones told SPEED SPORT. As of now, Jones’ deal with GMS is a one-off opportunity, so he’s looking to make the most of his shot. “Right now, it’s a one-race deal to see how I do in the ARCA car at Nashville,” Jones said. “It’ll be a long two days, but that’s what we do, right?” Jones said with a laugh.