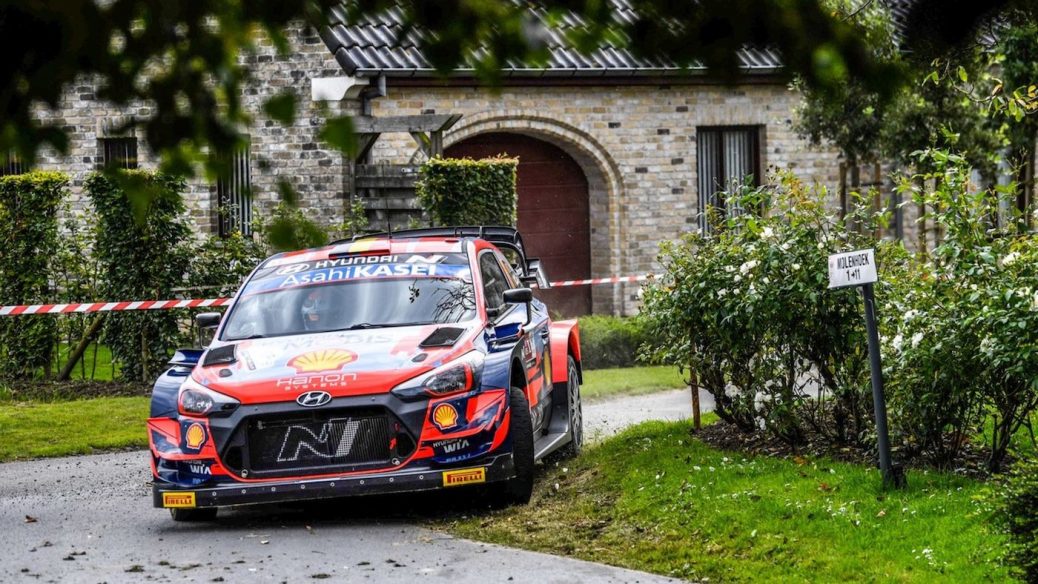 Thierry Neuville remained firmly on course for an emotional home victory at Renties Ypres Rally Belgium after a fast and furious second leg on Saturday. Breen threw down the gauntlet to win the opening two speed tests and trim the deficit to 3.5sec. He added two more stage wins this afternoon compared to Breen’s one, extending his advantage as the Hyundai drivers appeared content to hold position while a trio of Toyota Yaris cars fought for the final podium place behind. “We knew it was a challenging day and there’s one more to come tomorrow in a different area and different kind of stages,” said Neuville. Welshman Evans won one morning stage and Ogier scored two fastest times this afternoon. Toyota’s challenge was down to three after Takamoto Katsuta crashed heavily in the morning Dikkebus stage.