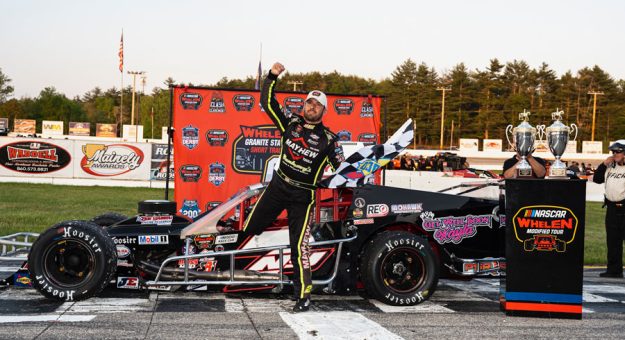 LEE, N.H. — For the second straight NASCAR Whelen Modified Tour race, Doug Coby was on top Saturday when he rocketed to Victory Lane in the inaugural Granite State Derby at Lee USA Speedway. Of 181 total laps, Coby led 78 laps in the race that moved into NASCAR Overtime, capturing his 33rd career victory on the Whelen Modified Tour. Two weeks ago, Coby wasn’t planning on competing in tour races at Riverhead Raceway, or at Lee. The win came in the first of three races in the Whelen Granite State Short Track Cup, giving Coby the early edge in those point standings. “Tommy Baldwin gave me a good car for two races in a row,” Coby said. McKennedy finished second, while Hirschman, who led 100 laps, finished third.