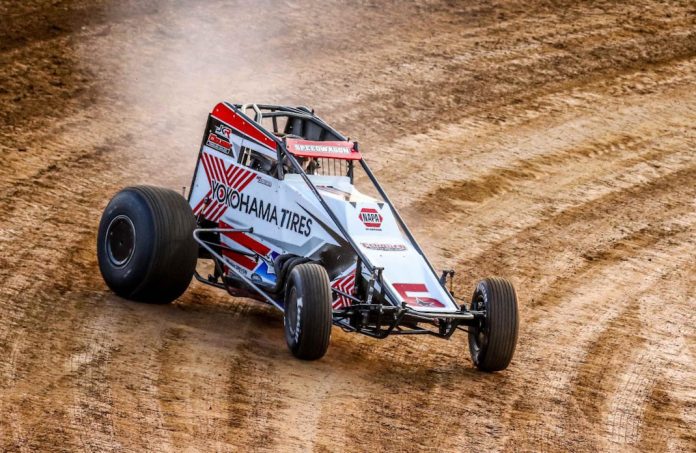 Clouser Doubles Down In Missouri

— Mario Clouser made it two feature wins in the two preliminary nights for the POWRi Lucas Oil WAR Sprint League, driving away to win by a straightaway margin over runner-up Casey Shuman Friday at Lucas Oil Speedway. Clouser took the lead on lap 14 and dominated the rest of the way. Asked what has made his program so successful, Clouser said it was pretty simple. “Early on I was running the bottom and slowly those guys started to pull away,” Clouser said. I started to run (leader Colten Cottle) down and then the lapped car made it a little easier there to seal the deal.”. Clouser took over the point on lap 14, passing Cottle coming off turn two.