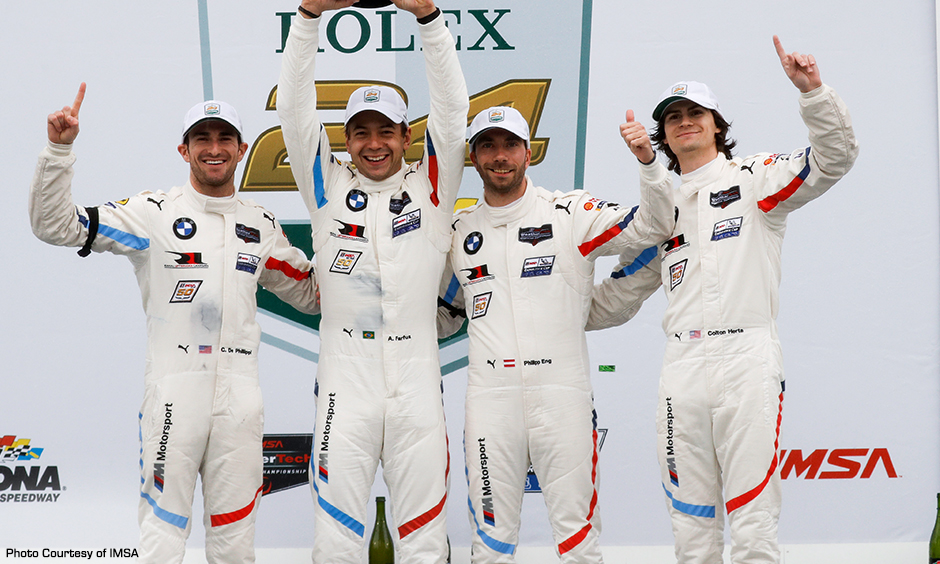 Daytona Beach, Florida — In constant rain that ended up stopping the race early, NTT IndyCar Series rookie Colton Herta was victorious Sunday in the GT Le Mans class in his IMSA WeatherTech SportsCar Series debut in the No. 25 BMW M8 GTE for BMW Team RLL at the Rolex 24 at Daytona.
Colton Herta: “Herta won six races over the past two seasons in Indy Lights presented by Cooper Tires, as he prepared to ascend to the NTT IndyCar Series, where he made his debut in the 2018 season finale and finished 20th.”
“This is the biggest race I’ve ever won and it’s such a cool one to win,” Herta said of the Rolex 24.