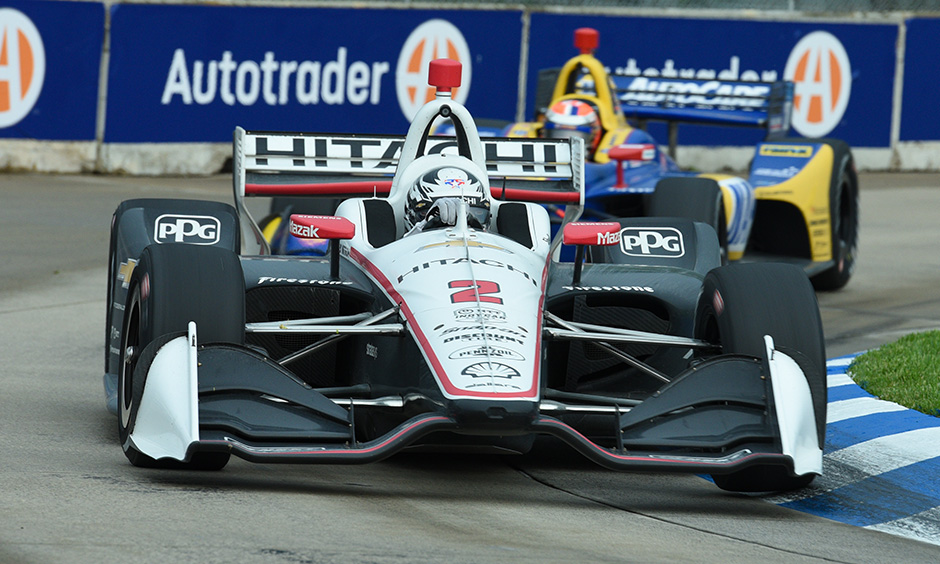 Following a Saturday win in the first race of the Chevrolet Detroit Grand Prix presented by Lear, Newgarden tried an ambitious overtaking move going into Turn 3 on Lap 33 in Sunday’s second race of the weekend at Belle Isle Park.
Newgarden shouldered the bulk of the blame for the crash in a thrilling race won by five-time series champ Scott Dixon.
Rossi was able to keep going by spinning his car around as Felix Rosenqvist drove through the middle of the mess.
“There were three of us going for it,” Rossi said.