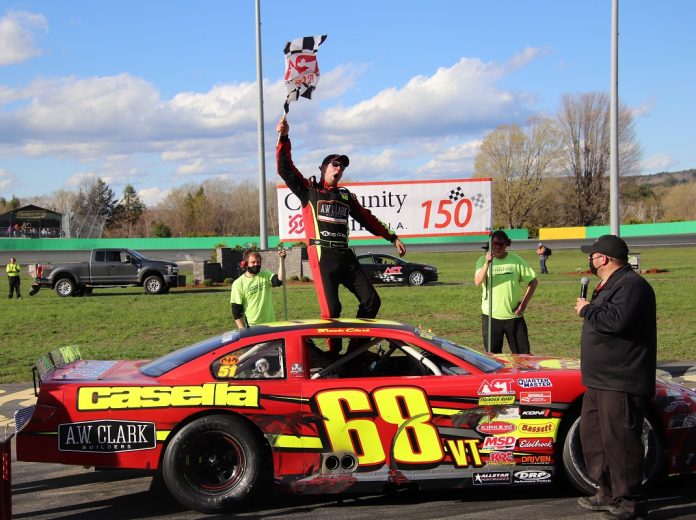 BARRE, Vt. — Brooks Clark roared from deep in the field to get his first American-Canadian Tour victory in a wild Community Bank N.A. Clark took the lead for good from Trampas Demers with 21 laps to go and held him off for the victory after starting 21st on the grid. Pembroke led on the initial restart, but Dragon put his nose out front for lap 55. Clark was all over Demers through the seventh caution on lap 81 for Switser shutting down. On the restart, it was Demers taking back the upper hand after multiple lead changes and some door-slapping along the way. Demers, who was also looking for his first ACT win, put a bit of a gap between himself and Clarks.