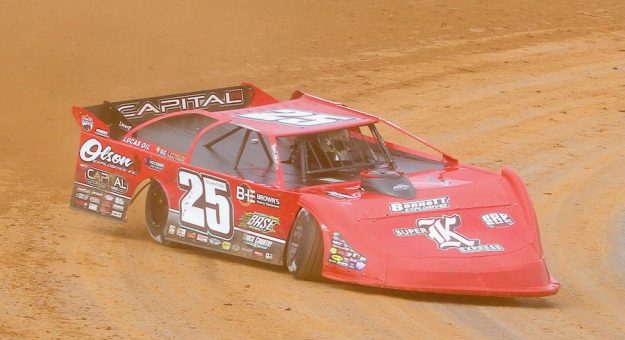 BELLEVILLE, Kan. — Shane Clanton banked $40,000 for winning Tuesday night’s XR Super Series late model feature at the Belleville High Banks. Because of heat related concerns, officials elected to race on the quarter-mile dirt track instead of the legendary half-mile, high-banked track. Clanton started third and took the lead from Monday night winner Jonathan Davenport as the duo raced through lapped traffic on the 10th circuit. Despite a late challenge from series point leader and seventh-starter Chris Madden, Clanton led the remainder of the 40-lap event. Madden finished second, with Davenport, Chris Ferguson and Gordy Gundaker rounding out the top five.