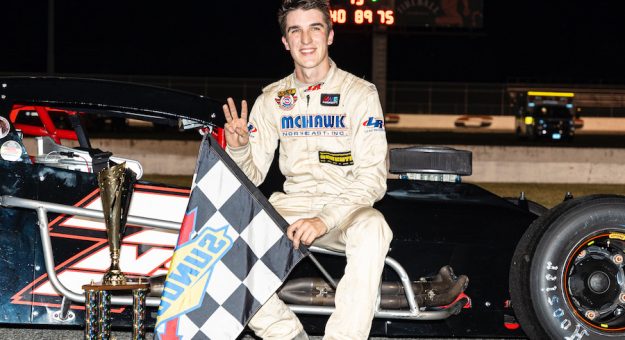 THOMPSON, Conn. — For the second time in as many starts at Thompson Speedway Motorsports Park in the Outlaw Open Modified Series season, Mike Christopher Jr. was in victory lane Wednesday at the Connecticut oval. He also won $10,000 at the Icebreaker 125 at Thompson in April. Two in a row here at Thompson, it feels really good and it’s really cool. A flurry of late cautions slowed the race, which allowed Rocco and Preece to pass onto the podium. In support division action, Derek Gluchacki made it two-for-two in the Thompson Late Models, dominating the second half of their 25-lap event and rolling to another win.