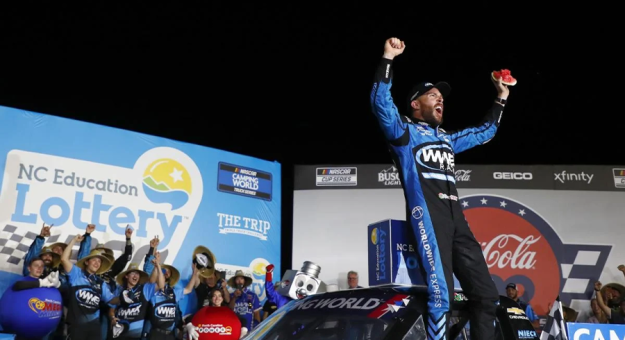 Chastain Breaks Through In Charlotte

Ross Chastain delivered Niece Motorsports its fourth NASCAR Camping World Truck Series victory in dramatic fashion in Friday night’s North Carolina Education Lottery 200 at Charlotte Motor Speedway. Chastain inherited a golden opportunity to win after Carson Hocevar, his Niece teammate, was involved in a crash with Ryan Preece to set up the final caution. “My thoughts are, Carson Hocevar won this race,” Chastain said. He’s a great kid and he’s going to take somebody’s job in this sport, maybe mine, and he’s going to win a lot of races. The win also marked the fourth Truck Series triumph for Chastain, who approached Friday’s race as a tune-up for Sunday’s Coca-Cola 600 in his bid for a third NASCAR Cup Series win of the year.