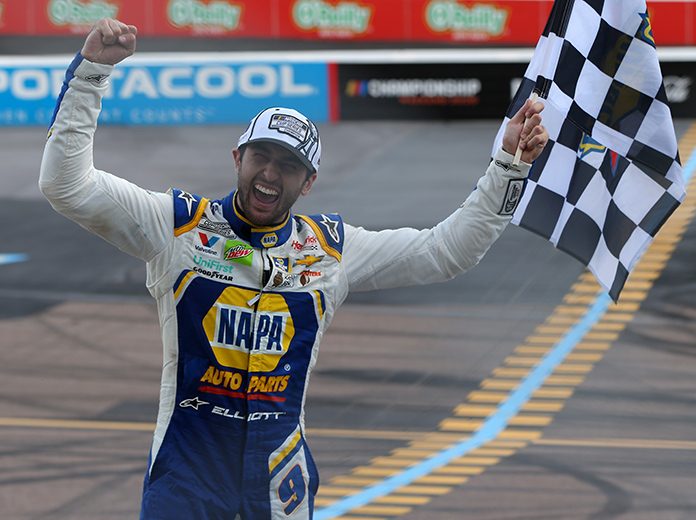 CONCORD, N.C. – Reigning NASCAR Cup Series champion Chase Elliott is set to compete in one of the most difficult dirt-track events in the United States in January. Elliott confirmed Tuesday evening that he plans to compete in the 35th running of the Lucas Oil Chili Bowl Nationals, scheduled for Jan. 11-16 inside the River Spirit Expo Center in Tulsa, Okla. The car he’ll be driving will be fielded by DIAEDGE Racing. In preparation for his Chili Bowl debut, the 24-year-old native of Dawsonville, Ga., will make his midget racing debut during the upcoming DIAEDGE Carolina Midget Showdown on Dec. 12-13 at Millbridge Speedway in Salisbury, N.C. “It’s a big thing for me not to go with no experience,” Elliott told The Athletic. In addition to racing in the Chili Bowl, Elliott also recently confirmed he plans to compete in the Snowball Derby at Florida’s Five Flags Speedway for the first time since winning the event for the second time in 2015.