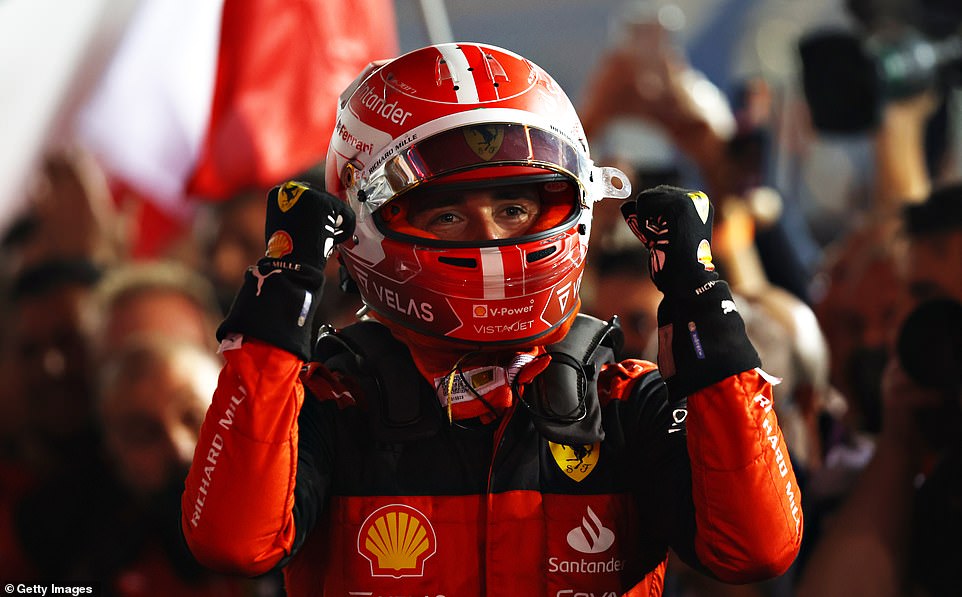 Charles Leclerc won the opening Formula One race of the new era by taking victory at the Bahrain Grand Prix from pole position – and Lewis Hamilton took a shock podium place as Red Bull imploded. DRS is enabled but Sainz is not close enough to Verstappen but Hamilton is to Perez!. Leclerc has a lead of over a second and a half but Sainz can’t quite do enough to challenge Verstappen just yet. If Sainz stays within a second he will get DRS on Verstappen on the next lap. Charles Leclerc now has a 1.9 second gap over Verstappen while Magnussen lets Russell into sixth as he comes into the pits. Going into the 25th lap of the race, LeClerc has a 3.4 second lead over Verstappen in second and he is ten seconds ahead of his team-mate Sainz. Leclerc has pulled the gap to Verstappen to two seconds. Top ten is LeClerc, Verstappen, Sainz, Hamilton, Perez, Russell, Magnussen, Gasly, Alonso and Ocon. He is 1.4 seconds behind LeClerc with Sainz four seconds off the lead. Charles Leclerc leads the pack away for the formation lap.