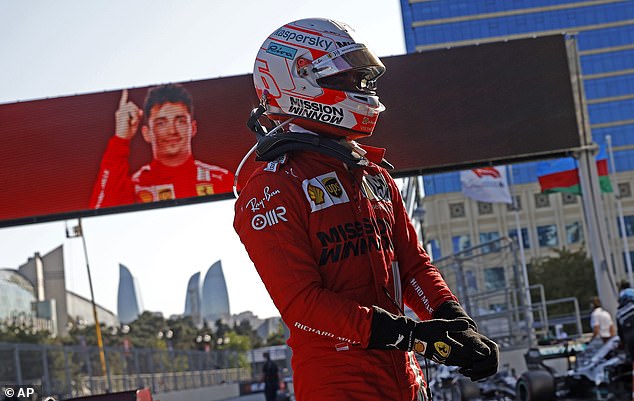 Charles Leclerc saw off Lewis Hamilton to put his Ferrari on pole position for Sunday’s Azerbaijan Grand Prix. While Leclerc celebrated his second pole in as many races, Hamilton will hardly believe he will start Sunday’s race ahead of Verstappen. Given Red Bull’s pace, Verstappen in third and Perez in seventh is a great result for Mercedes. Hamilton is still chasing though… Verstappen, Perez, Hamilton, Tsunoda, Leclerc, Sainz, Norris, Gasly, Bottas, Alonso. Verstappen, Perez, Sainz, Hamilton, Leclerc the current top five. Ten have a lap time: Verstappen, Perez, Sainz, Leclerc, Ocon, Vettel, Alonso, Russell, Schumacher, Mazepin. Ferrari’s Charles Leclerc was the only driver to get a time: 1:42.532. Red Bull now face a race against time to repair the car in time for qualy.