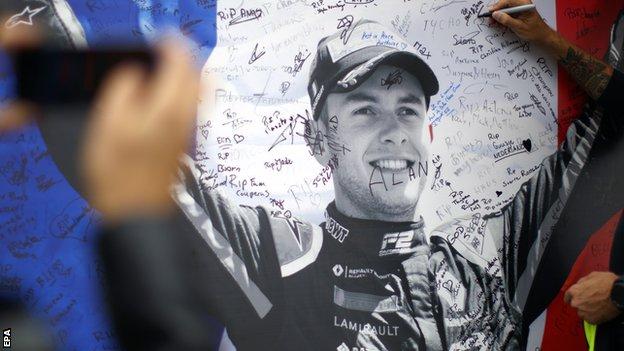 Ferrari’s Charles Leclerc says it will be “difficult” to return to Spa-Francorchamps this weekend, a year after his friend Anthoine Hubert died. Frenchman Hubert, 22, was killed in a high-speed crash during a Formula 2 race at last year’s Belgian Grand Prix. “While it is here that I took my first win, it is also where we lost our friend Anthoine last year. Leclerc took his maiden F1 win at last year’s Belgian Grand Prix, 24 hours after the death of childhood friend and rival Hubert. I really enjoy driving it and have had great races there in the past.