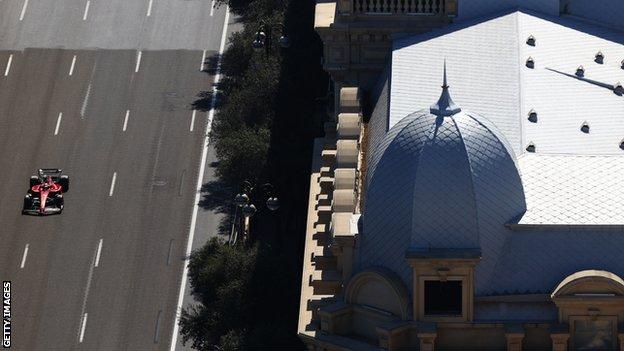 Ferrari’s Charles Leclerc took his sixth pole position in eight races this season with a scintillating lap at the Azerbaijan Grand Prix. Leclerc saved the best for last with his final lap, beating Red Bull’s Sergio Perez by 0.282 seconds. Perez beat team-mate Max Verstappen with his final lap, by just 0.065secs. Ferrari’s Carlos Sainz was quickest after the first runs in final qualifying but a series of mistakes on his final lap left him fourth. “All pole positions feel good but this one I did not expect it because I thought Red Bull were stronger,” Leclerc said. Verstappen said: “The start of the lap was good and then it went away from me a bit, tiny mistakes.