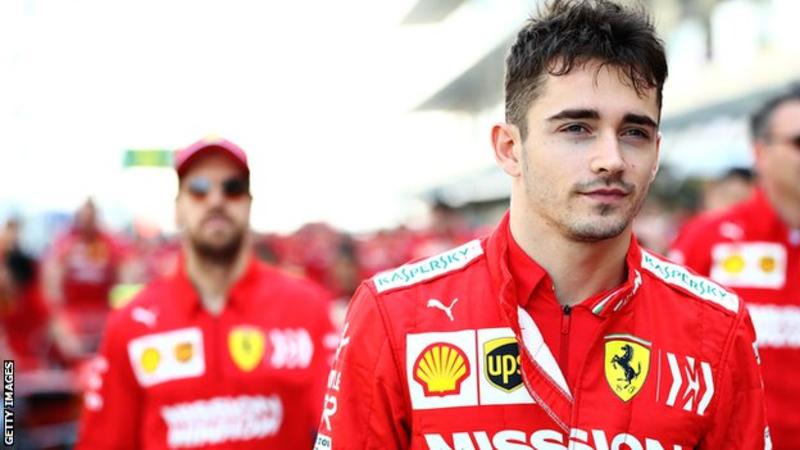 Ferrari’s Charles Leclerc says he and team-mate Sebastian Vettel will not crash together on track again.
Before Brazil in mid-November, one of the most dramatic was at the Russian Grand Prix in September, when Vettel directly ignored team orders to let Leclerc past him, as the final part of an orchestrated start procedure aimed at ensuring the drivers were running one-two.
He said that his focus ahead of the new season, which starts in Australia on 13-15 March, was on reducing the number of errors he made in his first season with the team.
“I am working extremely hard to do less mistakes than in 2019,” Charles Leclerc said.

Shouldn’t have committed to that, because when they do come together again, he’s going to be torn apart for breaking his promise