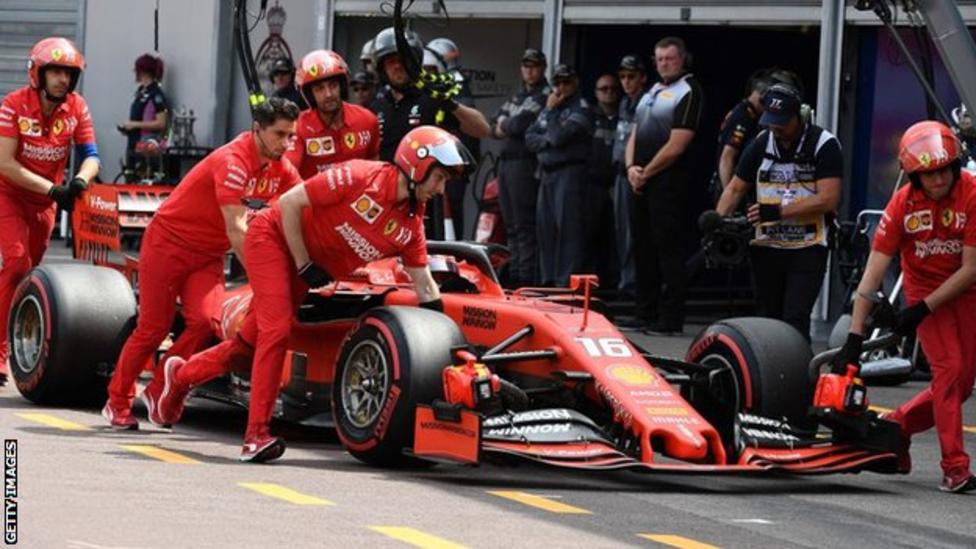 Charles Leclerc demanded answers from his Ferrari team after a strategic error resulted in him qualifying 15th for his home Monaco Grand Prix.
Ferrari chose not to send Leclerc out for a second run at the end of the first session and he was knocked out – by his own team-mate Sebastian Vettel.
Charles Leclerc: “I said, ‘shouldn’t we go again?”
Charles Leclerc: “I need an explanation.”
“Hopefully [there will be] some rain,” Charles Leclerc said.
Charles Leclerc: “Hopefully tomorrow [in the race on Sunday] will be better but I doubt so if it’s dry.”