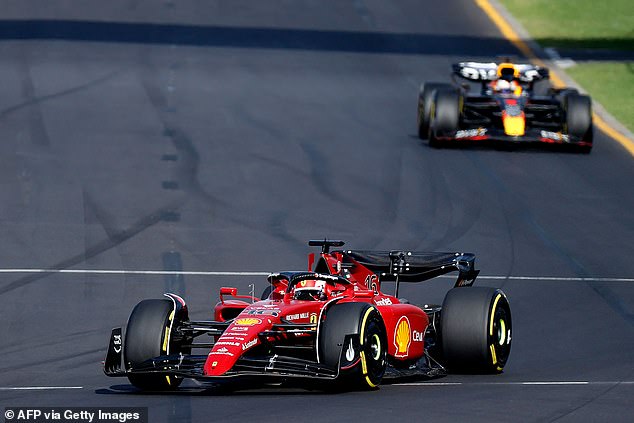 Charles Leclerc roared to victory at the Australian Grand Prix to extend his world championship lead to 34 points. Charles Leclerc is top of the podium for the second time in 2022!. Fernando Alonso has a new set of tyres and could register a new fastest lap… Albon pitting, too, is what remains here. Meanwhile, Alex Albon is running in 7th but still hasn’t pitted! We’re back racing – Leclerc is now out in front by 12 seconds to Sergio Perez. Fernando Alonso is in 4th – but hasn’t pitted – while Perez is fifth and Hamilton is sixth. The gap between Leclerc and Verstappen at the front is now 6 seconds – no pit stops for the front of the grid so far. Meanwhile, Verstappen is now three seconds behind Leclerc and is complaining about his left front tyre. Hamilton is trying to fend off Perez behind too… Safety car is in this lap. Charles Leclerc is ahead going into turn one, Verstappen is in second while Hamilton is up 2 places into third!.