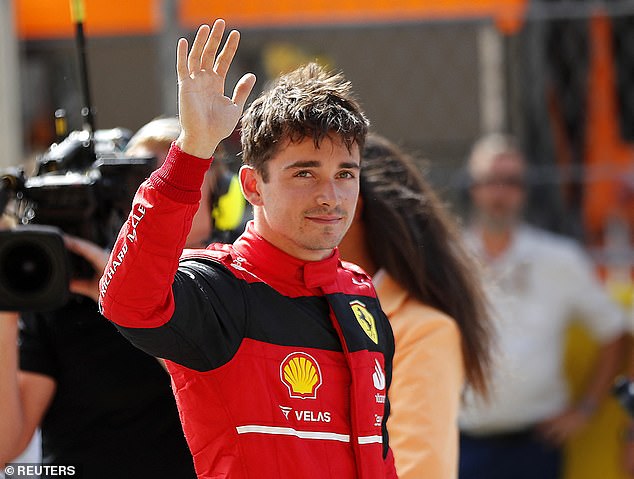 Charles Leclerc took pole position for the Spanish Grand Prix, bouncing back from a spin to put his name at the top of the pile. Hamilton starts sixth with Red Bull’s Sergio Perez splitting the Mercedes duo. From Verstappen, Sainz, Russell, Perez, Hamilton, Bottas, Magnussen, Ricciardo and Schumacher. Charles Leclerc unsurprisingly is the first man out and he has it all to do after that mistake on his first run in the final sector. Will it be Red Bull, or Ferrari, or maybe even Mercedes?. Sergio Perez goes third behind the Mercedes pair and he is followed by the Ferrari duo. Hamilton crosses the line with a lap of 1:19.794 before Russell goes three tenths quicker. Sergio Perez sets three purple sectors and goes fastest by six tenths. Sergio Perez is the first of the teams at the front to be out for a lap in his Red Bull. Though Leclerc has had the advantage during practice, the high-fuel runs look to be where Verstappen and Red Bull come into their element. Charles Leclerc topped his third session of the weekend with a time of 1:19.772 this morning – less than a tenth of a second ahead of the Red Bull of Max Verstappen.