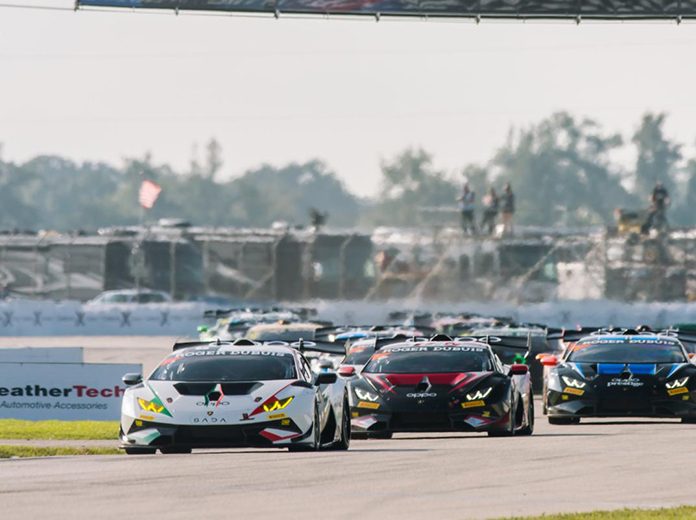 SEBRING, Fla. – As the Lamborghini Super Trofeo North America season concluded Friday evening at Sebring Int’l Raceway, Change Racing rode off into the sunset with all the championship hardware. 16 Huracán) clinched the Pro class title by finishing second in Friday afternoon’s final race. 03 Huracán) racked up his sixth race win on his way to the LB Cup championship. Even though we didn’t win that, we’re still really stoked to win both races here. Madison Snow finished on the podium in every race but one this season. “It’s awesome being the champion,” Madison Snow said. I could’ve clinched it in Race 1; didn’t have what it took. Then in race two, it came down to the very end, but I clinched the championship.”. “We just knew what we needed to do,” McKay Snow said.