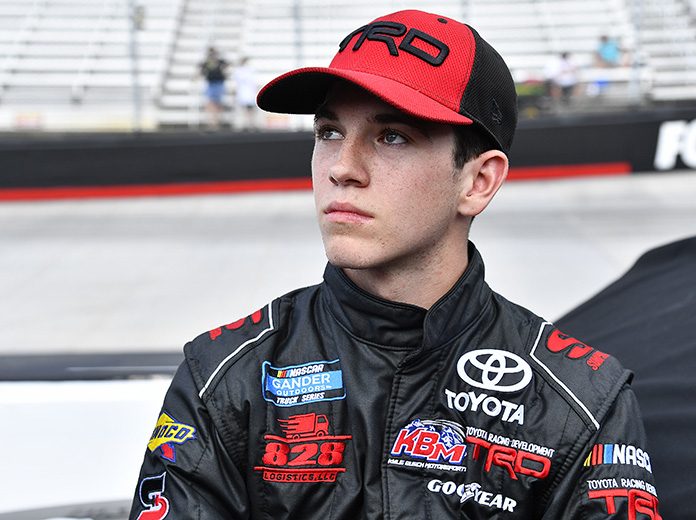 CONCORD, N.C. – Kyle Busch Motorsports young gun Chandler Smith will lead the NASCAR Gander RV & Outdoors Truck Series field to the green flag Friday at Michigan Int’l Speedway. Smith, making his second start of the season for KBM in the No. 51 Toyota, was selected to start from the pole via a random draw. It is the last time a Truck Series field will be set by a random draw after NASCAR announced new rules to set starting fields. Brett Moffitt will join Smith on the front row for Friday’s Henry Ford Health System 200. Christian Eckes will start third, followed by Matt Crafton, Austin Hill, Grant Enfinger, Zane Smith, Sheldon Creed, Derek Kraus and Ben Rhodes.