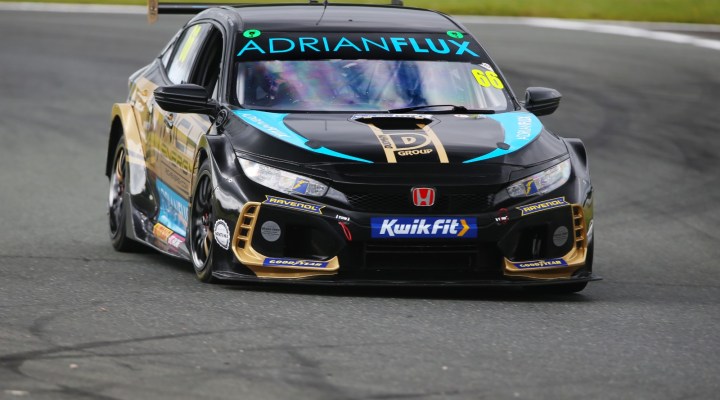 Josh Cook is in the form of his BTCC career and the Rich Energy BTC Racing star has continued his recent run by topping the times in FP1 at Oulton Park. Tom Ingram was second for Bristol Street Motors with EXCELR8 TradePriceCars.com as he looks to bounce back from a difficult time at Thruxton, whilst the reverse grid winner in Hampshire – Car Gods with Ciceley Motorsport’s Adam Morgan – was third in today’s opening session. Dan Cammish (NAPA Racing UK), Dan Lloyd (Bristol Street Motors with EXCELR8 TradePriceCars.com) and Bobby Thompson (Autobrite Direct with JourneyHero) also posted top ten times in the 40-minute session. 2022 Kwik Fit British Touring Car Championship – Free Practice 1 – Oulton Park.