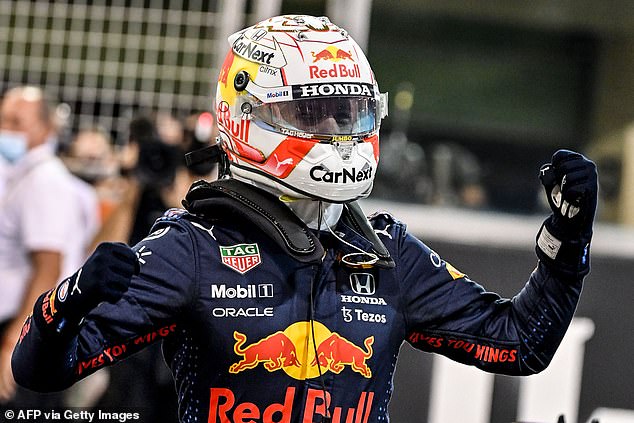 Catch me if you can, Lewis! Turbo-charged Max Verstappen storms to stunning pole position ahead of bitter rival Hamilton to set up the ultimate title showdown at Sunday’s Abu Dhabi Grand Prix

Max Verstappen grabbed a shock pole position for the Abu Dhabi Grand Prix – positioning himself perfectly to wreck Lewis Hamilton’s drive for an eighth world title. Verstappen will start on the faster, soft tyre with Hamilton shod on the mediums. ‘We were 50-50 going into that session, it forced our hand, and the soft is going to be a different tyre to Mercedes tomorrow. Perez’s sacrifice for his lap pays off, with Verstappen half-a-second quicker than Hamilton – who admittedly had a really scruffy lap. That means Red Bull and Mercedes will have a different race strategy tomorrow. Verstappen’s Red Bull team-mate Sergio Perez is in tenth and in danger of elimination. Lewis Hamilton and Mercedes are among the last to leave the garage, with Verstappen among the first.