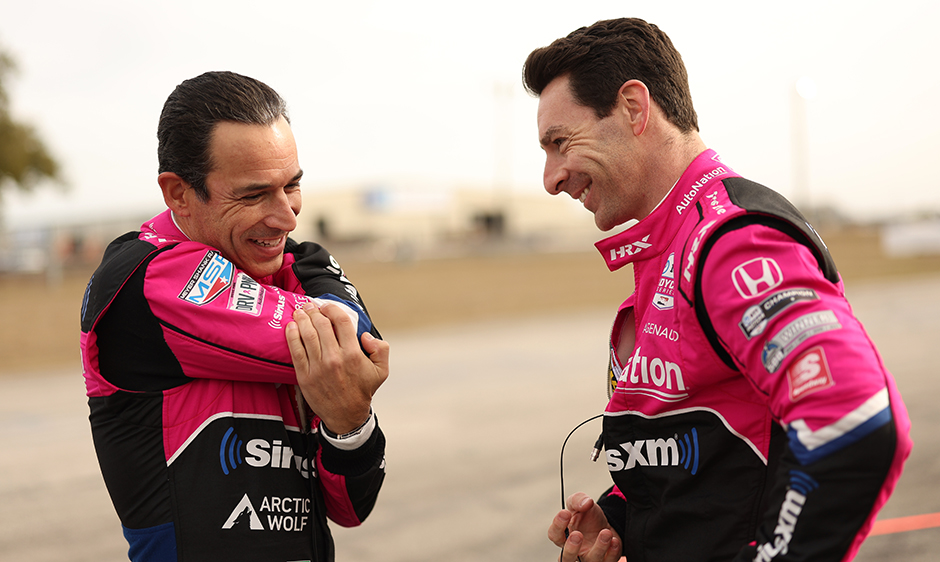 Castroneves Wants Track Record Back This Weekend at Texas

Helio Castroneves said he is coming after Scott Dixon this week at Texas Motor Speedway. Castroneves won at Texas in 2004, 2006, 2009 and 2013 – all part of Team Penske’s record 10 wins at the track — and he dogged Sam Hornish Jr. to the finish line in 2002, finishing .0096 of a second behind in a race that gave Hornish the season championship. Dixon’s Texas wins came in 2008, 2015, 2018, 2020 and last year’s first race of a doubleheader. He won last year’s “500” for Meyer Shank Racing, the team he is driving full time with this season. Castroneves said having Simon Pagenaud on the MSR team will help with preparation for Texas and Indy as he has twice finished second at Texas and won at Indy in 2019. 5 Arrow McLaren SP Chevrolet) won last year’s races at Texas. 2 Hitachi Team Penske Chevrolet) are the other former Texas race winners in this field.