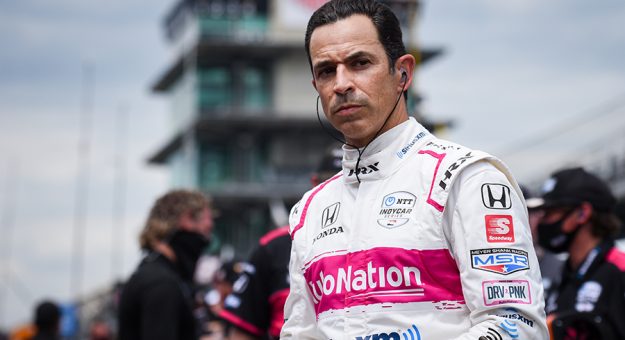 PENSACOLA, Fla. — He may not have won a fifth Indianapolis 500 this year, but Helio Castroneves showed he’s not finished climbing fences after a thrilling victory in Saturday’s opening round of the Superstar Racing Experience campaign at Five Flags Speedway. Castroneves held off late model star Bubba Pollard for his first victory in the series and thrilled the standing-room-only crowd by celebrating with his trademark climbing of the frontstretch fence. Castroneves triumphed after being a late edition to the event, making it the first 13-car field in the history of the series. Pollard, who led the first 20 laps from the pole before getting a flat tire, rebounded to finish second.