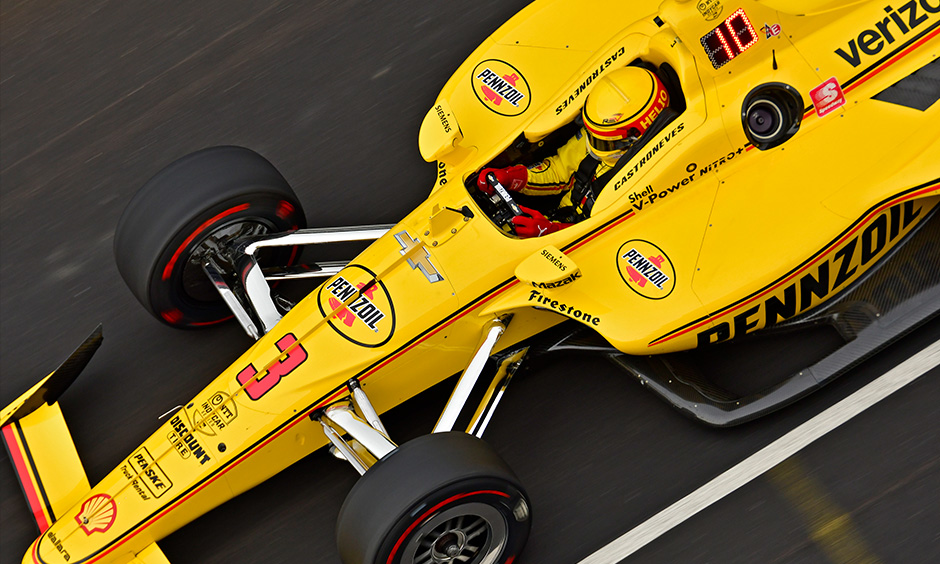 Castroneves quietly puts himself in place to make Indy 500 history

Entering his 19th Indianapolis 500, Castroneves is attempting to become only the fourth driver to win four times in “The Greatest Spectacle in Racing,” joining A.J. Foyt, Al Unser and his own spotter, Rick Mears, in one of the most elite clubs in all of sports.
Castroneves was the only Team Penske driver to not make the Fast Nine Shootout in qualifying last weekend and will start 12th Sunday in the bright yellow No. 3 Pennzoil Team Penske Chevrolet.
This is Castroneves’ second year as a part-time NTT IndyCar series driver after he switched to a fulltime ride in Team Penske’s IMSA sports car program in 2018.