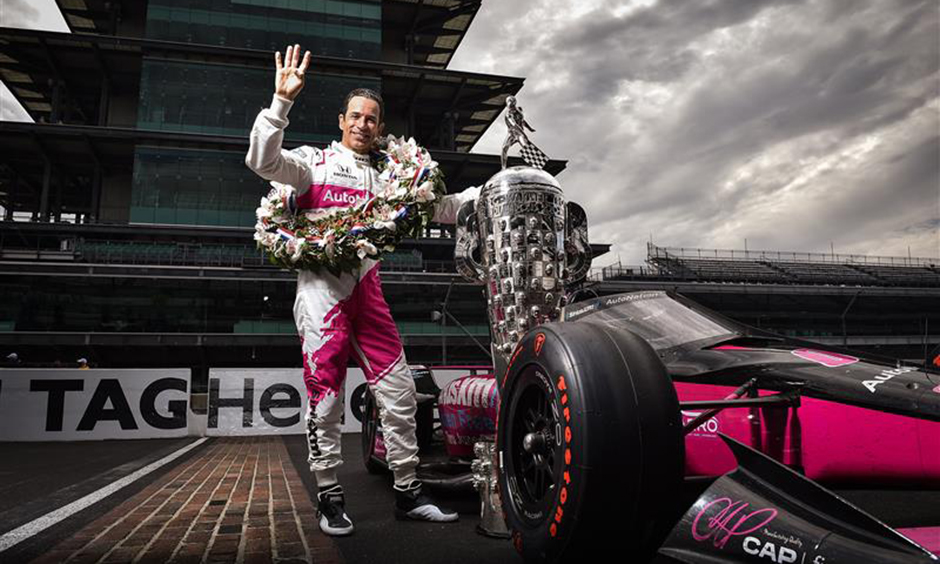 Helio Castroneves has a way of putting his own unique twist on everything, just like he did with this year’s fan and media engagement tour after winning the 105th Running of the Indianapolis 500 presented by Gainbridge on Sunday. But it also comes with hours of media commitments, photo shoots and appearances in the hours following the race. Foyt, Al Unser and Rick Mears for the most wins in Indianapolis 500 history with four, Castroneves was in a local Indianapolis neighborhood greeting one of his most passionate race fans. Castroneves was amazed at the sight on Saturday, and he told Terzini that if he won the Indy 500 he would pay him another visit. Instead of celebrating in front of the 135,000 fans in attendance, the four-time Indy 500 winner wanted to celebrate with the fans. Roughly 20 minutes after taking the checkered flag, Castroneves finally made his way to Victory Podium where the typical post-race celebration finally began. Castroneves was lifted in front of the race fans with his No. Castroneves was back at it Monday at 8 a.m. with a SiriusXM NASCAR Radio interview, followed by a segment on the Today Show. Castroneves’ night ended with a winner’s reception in Pagoda Plaza that honors the best finishers and storylines from Sunday’s race and a team dinner afterward. Castroneves was given an hour and a half to change and prepare for the evening’s ceremonies.