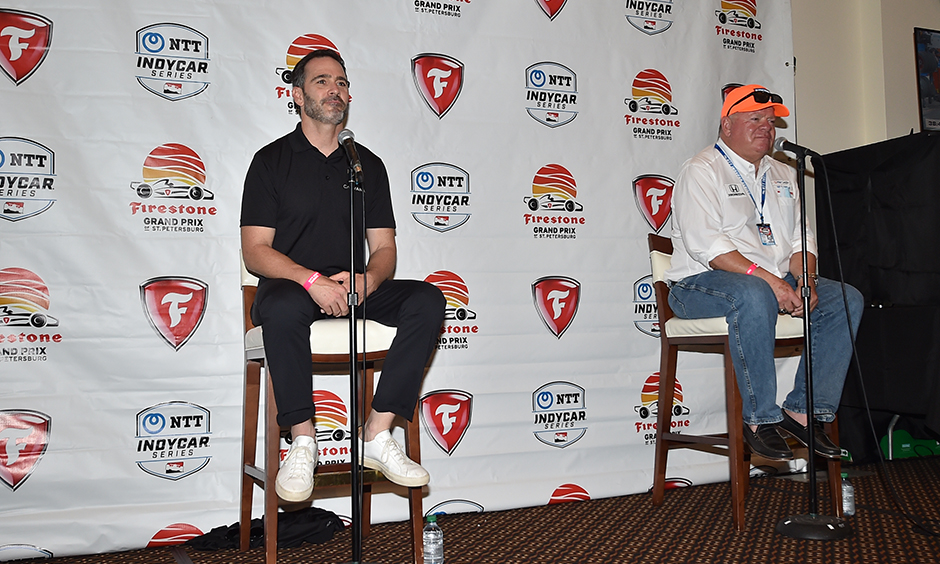 Carvana To Partner with Ganassi, Johnson in 2021 INDYCAR Season

Jimmie Johnson’s rookie campaign in the 2021 NTT INDYCAR SERIES season is ready to take the green flag. Johnson will bring with him the number he made famous in NASCAR, driving the No. 48 Carvana Chip Ganassi Racing Honda starting with the Firestone Grand Prix of St. Petersburg on March 7, 2021. Team owner Chip Ganassi and Johnson made the announcement from St. Petersburg, Florida, the site of the season-ending Firestone Grand Prix of St. Petersburg (Sunday, 2:30 p.m. Johnson and CGR announced in September a partnership to explore the possibility of racing a full road-and-street course calendar in the NTT INDYCAR SERIES for the 2021 and 2022 racing seasons. Johnson tested with the Ganassi team in late July on the Indianapolis Motor Speedway road course. Johnson will get to work right away with his new Ganassi team.