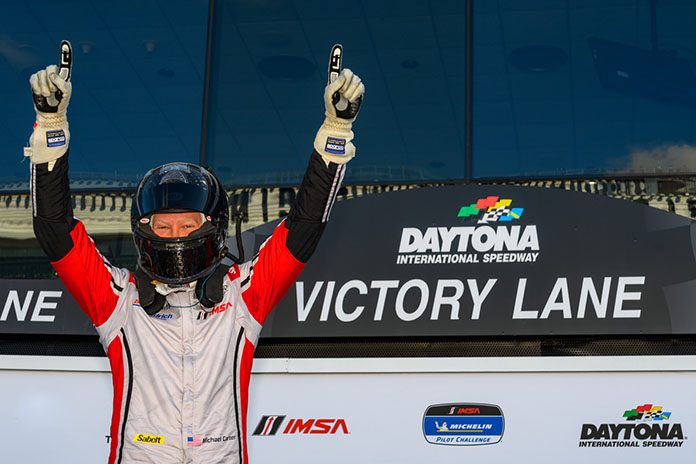 DAYTONA BEACH, Fla. – Team communication was key for Michael Carter’s Mazda MX-5 Cup presented by BFGoodrich Tires victory at Daytona Int’l Speedway on Friday. A well-timed pass with a full-course yellow on the horizon secured Carter the win in the second race of the double-header season opener. Carter was in second for almost the entire race, content in the draft behind Gresham Wagner. “I have been racing Gresham (Wagner) for two years now so I know how he likes to lead so I just pushed him to run his race,” Carter said. It was the right choice, because the race did finish under yellow, and Carter secured his first win of the 2021 MX-5 Cup season. “It’s been an exciting weekend all the way through both races,” Wagner said.