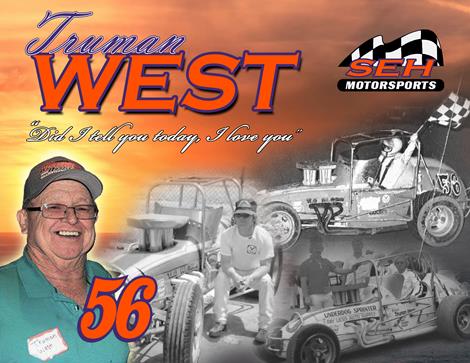 Carrying On a New Mexico Legacy

Although it is defined as what is left behind in an organization, I would argue that its definition runs so much deeper. A legacy is not awarded, nor is it earned overnight. A legacy is something that is built day by day with hard work backing it up along the way. There are few people that built a larger legacy for motorsports in New Mexico than the late Truman West. “There is nothing in the world that beats the smile on a kids face when they pull in to the pits after their first laps in a Sprint Car,” said Truman. A few years ago I was able to ask him how he would like people to remember his legacy that he has built. It goes without saying that Truman succeeding in being a good ole boy. His wife, Pat, didn’t skip a beat and stepped up to make sure that Truman’s No.