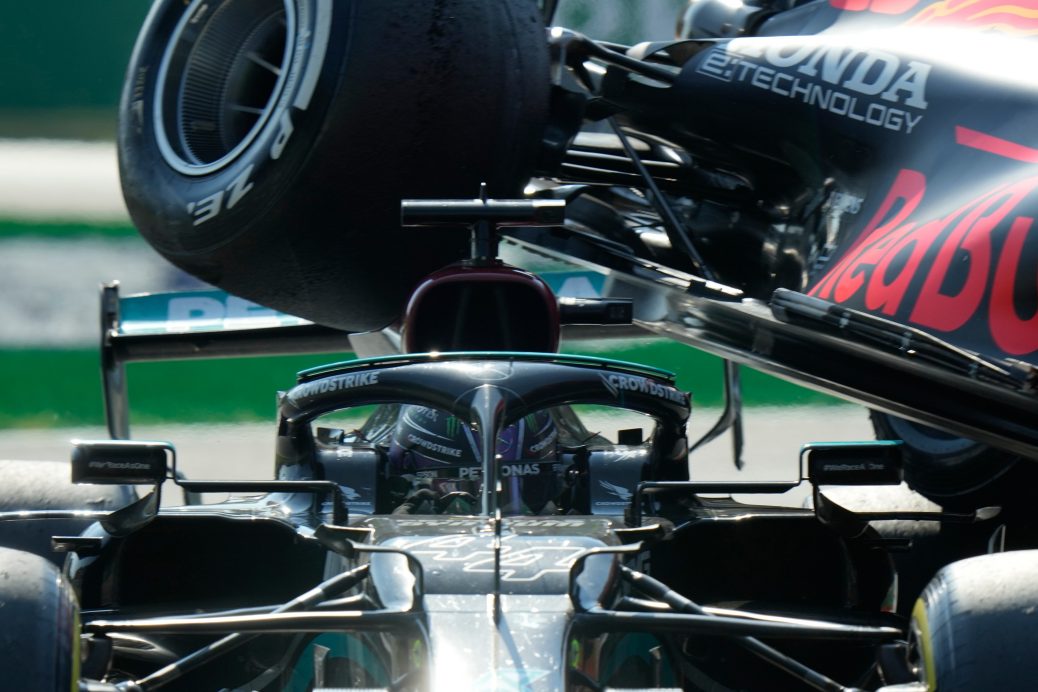 CARLOS SAINZ has suggested it is ‘pretty clear’ who was at fault for Max Verstappen and Lewis Hamilton’s horrific crash at the Italian Grand Prix. Verstappen’s Red Bull car landed on top of Hamilton’s Mercedes in a hugely controversial crash after the two collided going into turn one at Monza, putting both drivers out of the race. Speaking about the incident after the race, Sainz said: “From my point of view, the accident is pretty clear. Both ended up in the gravel and one of Verstappen’s tyres narrowly missed Hamilton’s head thanks to the halo which protects drivers from such incidents. Hamilton narrowly avoided a potentially life-threatening injury and once the incident was investigated afterwards stewards, Verstappen was found to be at fault for the crash.