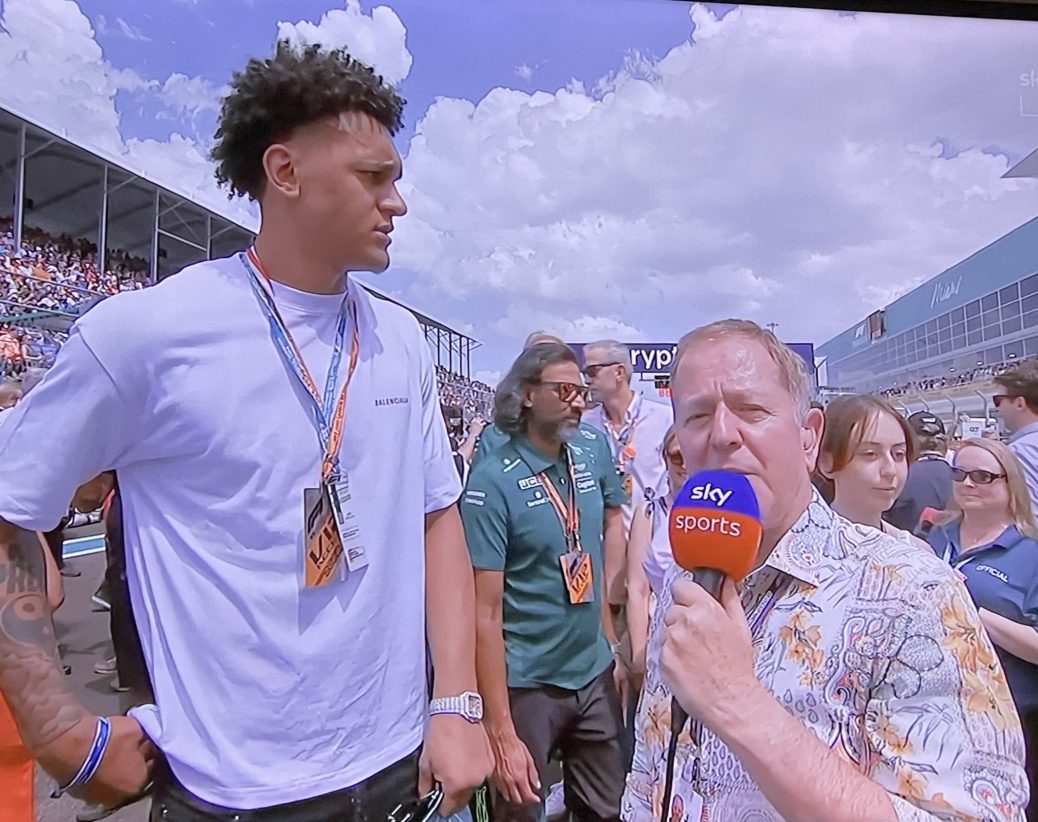 FORMULA ONE fans were treated to a hilarious gridwalk from Martin Brundle – who interviewed the likes of David Beckham, DJ Khaled and someone who he thought was NFL star Patrick Mahomes. With an entertaining interview with rapper DJ Khaled another highlight, fans could not contain delight as Brundle made his way through celebrities and failed to recognise some of them. One wrote: “When Brundle was chatting to DJ Khaled I couldn’t breath for laughing. Another hailed it as “the most awkward Martin Brundle grid walk ever”, with the pre-race event now a tradition for F1 fans. Undoubtedly the most memorable moment this year came in the form of Brundle’s Mahomes clanger, which left fans beside themselves.