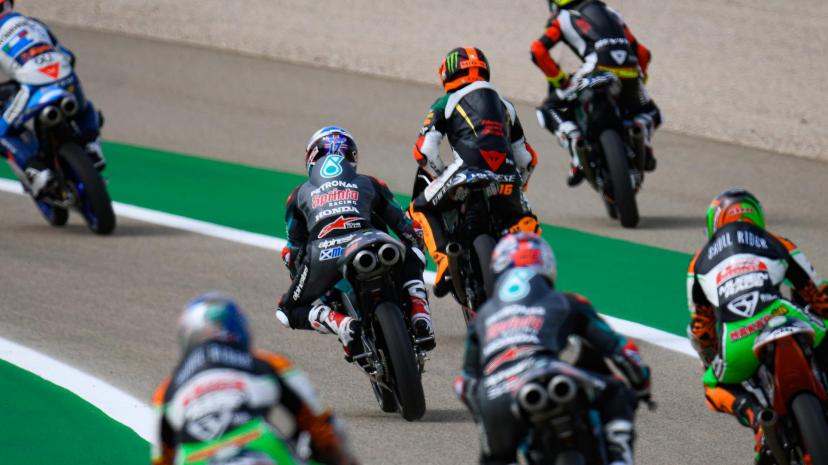 Aaron Canet (Sterilgarda Max Racing Team) stunned the Moto3™ field by securing his first pole position since Qatar, following a busy morning that had seen him earlier work his way through Q1 in Aragon.
But with a seven tenths of a second margin up front, Canet was never troubled.
Misano pole-sitter and winner Suzuki had been as high as fourth before dropping to eighth, while McPhee had been the early pace-setter in the session before Canet´s stunning effort but will have to content himself with tenth.