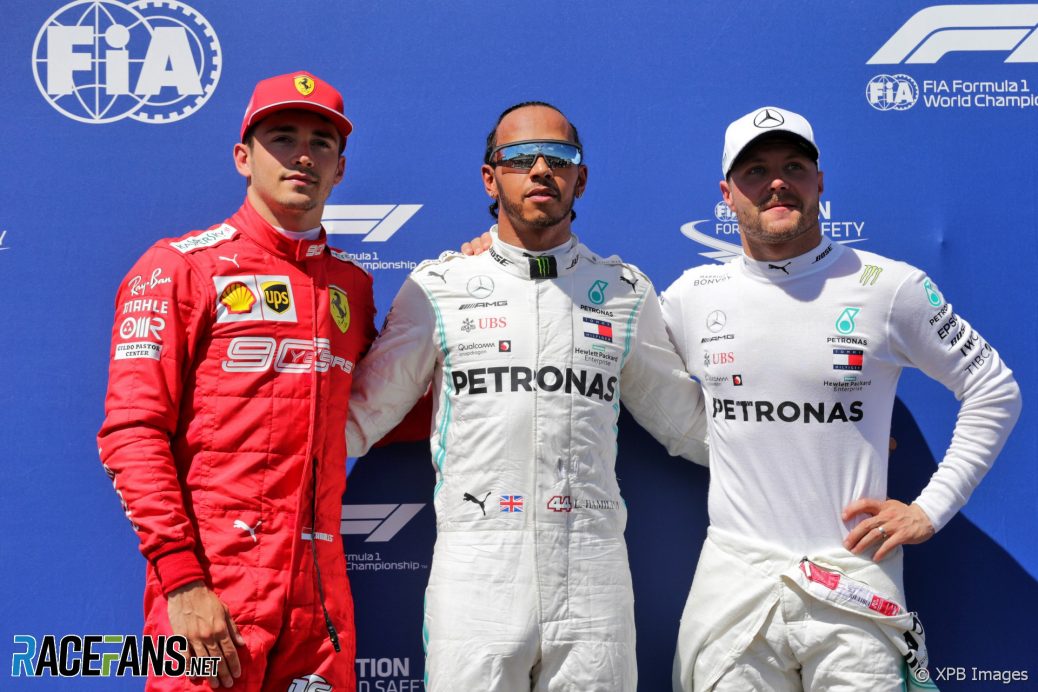 While Vettel took pole in Canada, Leclerc is their leading driver on the grid this weekend, but the red cars couldn’t tough their silver rivals.
Hamilton leads another Mercedes one-two followed by a single Ferrari – Leclerc instead of Vettel this time – with the second SF90 pushed off the second row.
While the prospects of anyone taking the fight to Mercedes seem remote, Leclerc has a chance and for one should not have to worry about the close proximity to his team mate, whom Ferrari have seldom passed up a chance to favour so far this year.