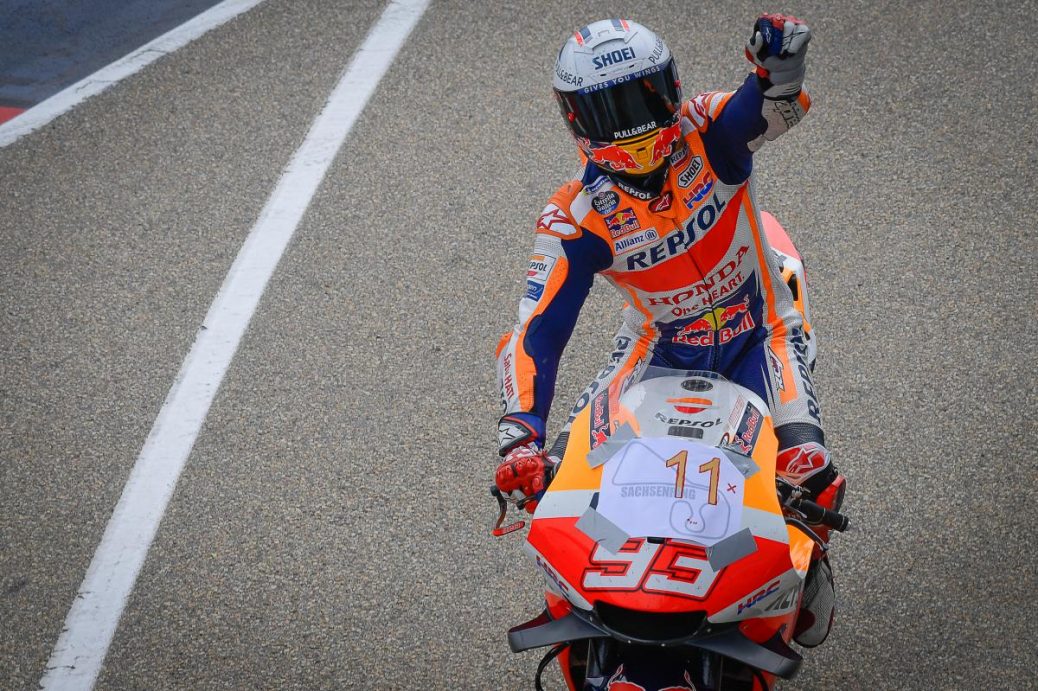 Can Honda maintain their Sachsenring stranglehold?

The 2022 MotoGP™ World Championship hits the halfway mark this weekend, with the Sachsenring hosting the Liqui Moly Motorrad Grand Prix Deutschland. Marc Marquez completed one of the great sporting comeback stories on Sunday at the Sachsenring and our cameras captured all of the emotion. Marquez’ record at the Sachsenring is certainly impressive, but it is a track that Honda have generally had a stranglehold on since it first came onto the Championship calendar. We have to go all the way back to 2009 to find a non-Honda on the top step, when Valentino Rossi and Yamaha took victory. It’s another guessing game as the absence of Marc Marquez means there’ll be a new rider on the top step for the first time since 2012. Honda haven’t lost at the Sachsenring in over a decade, but with Marc Marquez, that looks set to change explains Nick Harris.