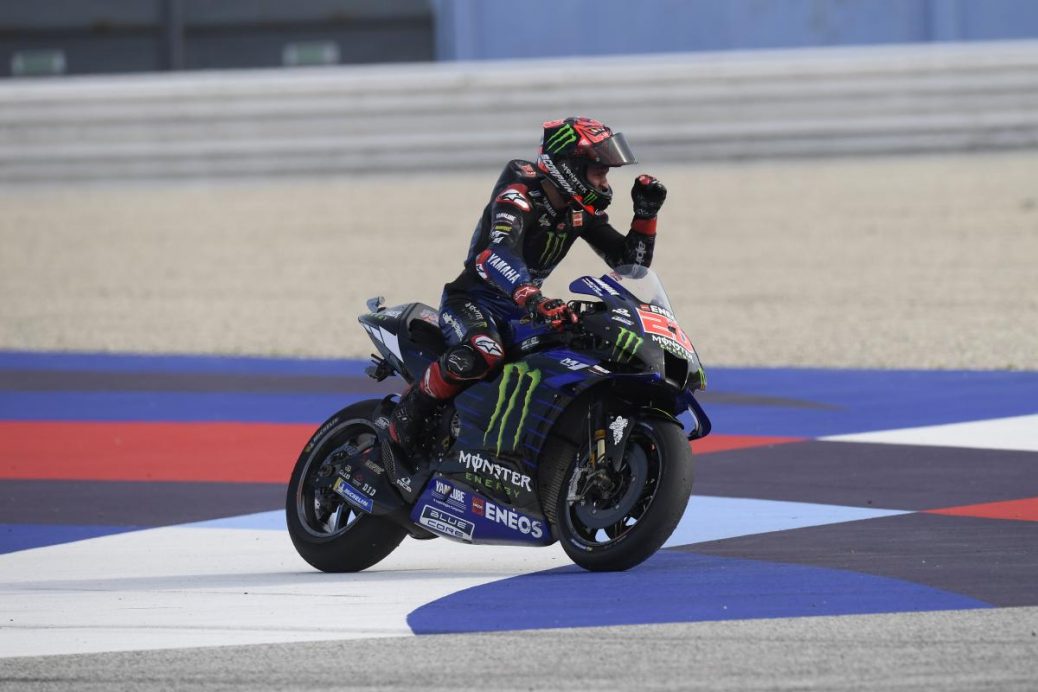 In the MotoGP™ era, we have become accustomed to seeing riders break the 300-point barrier on their way to World Championship glory, and with two fixtures of 2021 remaining, we wait to see if Fabio Quartararo (Monster Energy Yamaha MotoGP) can join the list of greats to have achieved the considerable feat. He would become the first rider to reach 300 since Marc Marquez (Repsol Honda Team) in 2019, when he dominated the field to collect 12 wins and a record 420 points in 19 races. In fact, from his six premier class titles, he has only failed to breach the 300 points barrier on two occasions, in 2016 and 2017, when he fell just two points short on both occasions. Casey Stoner is one of only two riders to have won premier class titles on two different machines, and on both occasions, he comfortably beat the 300-point mark. The first-ever 16-race calendar was introduced in 1999, and since then, only on six occasions have the title-winning riders failed to reach the 300 points.