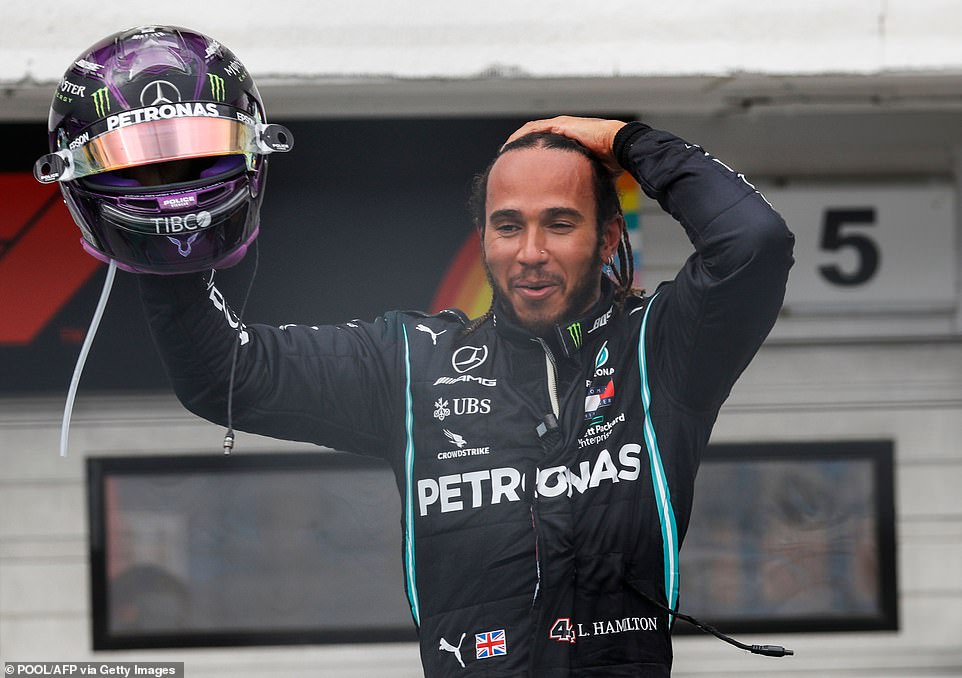 Can anyone stop Lewis? Hamilton is on course for his seventh title as he dominates from start to finish in Hungary for his EIGHTH win there… levelling legend Michael Schumacher’s record for most victories in one race

This point must be made first: we are witnessing one of the greatest drivers and most dominant teams in Formula One history. LAP 68/70: Bottas can see Verstappen in P2 and is gunning for him. LAP 58/70: Lewis Hamilton is now starting to lap Sebastian Vettel who is currently in FIFTH. LAP 55/70: Hamilton is complaining about his tyres and could be coming in for a change. LAP 53/70: Bottas, like Hamilton was earlier, is smashing out the purple laps. LAP 42/70: Leclerc is up into the points and is closing in on Magnusson. LAP 30/70: Here’s how the race leaderboard looks after 30 laps. LAP 13/70: Hamilton has been on the radio asking how Verstappen is in the race after he was told the Dutchman was out before it started. LAP 10/70: Ten laps in and Lewis Hamilton has his feet up at the front.